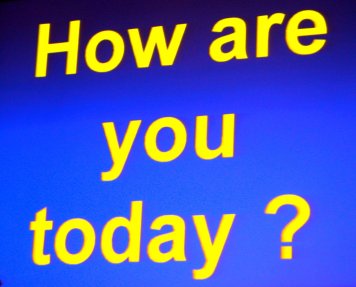 I went to an all-day conference yesterday. I was there about 9 hours. There was a long lunch break. I had time to walk around. The chairs in the rooms weren’t the greatest, but I had my ergonomic kit designed to make it easier for me to sit without greatly aggravating my chronic pain condition. By midday, I had to employ my TENS unit. By the end of the day, I was near tears due to pain but didn’t want to reveal that to my friends at the conference nor garner the strange, pitying looks of the other attendees.

I drove home, made and ate a quick dinner, and fell into bed. I got up for a few hours when my husband got home late that night. Then I slept another eleven hours. My body still hurt when I woke up. It wasn’t quite as bad, but I still wanted to cry. Before yesterday, I’d almost convinced myself I was ready for a part-time job in an office setting.

I had a pretty good gig pet sitting. My body won’t allow me to do that much anymore, and due to the vagaries of disability laws, I don’t qualify for any benefits. Our government loves to create doughnut holes, it seems. I looked into work from home jobs. I’ve applied for some, but there aren’t jobs falling from the sky for people who haven’t worked in a particular field for years or ever. There is a lot of competition for these jobs. I don’t always have the right skills nor the extra money to acquire the necessary skills. I’m far from alone in this scenario.

The next idea was to try for a part-time office job. Something where I could perform on even my bad days so no one would know I’m not perfectly normal. I’ve got some doubts about that working out just now. Maybe there’s a place that would understand and value me enough as a person to work with my limitations in exchange for all I do have to offer. How does one find that place? And why the hell would anyone hire me if an able-bodied person also applied? My therapist thinks I just have to put myself out there and be ready to turn down or quit jobs that don’t pan out. She has a point. It’s still scary as shit. 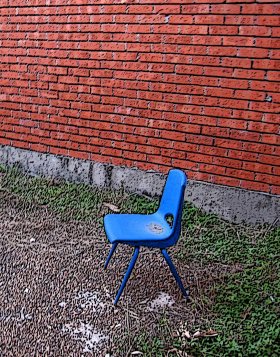 In some ways I’m lucky. I don’t have to work to keep myself housed and clothed. I also have little incentive to push myself. So I stay at home a lot. I’m not in constant crippling physical pain, but I have a lot of time to think about how worthless I feel. The idea I’m just lazy haunts me. Sometimes I push myself until my body is in so much pain that I truly am useless. This does no one any good. I realize that rationally, but when I feel any bit of ability to push, the compulsion to do is strong.

Life is hard. I had depression and anxiety before my back turned into a daily source of pain. Pain makes both that much worse. I am on meds, currently Pristiq. If desperation sets in, I’ll give gabapentin another try and ask my friends to check in to make sure I don’t become suicidal again.

Life often feels like not much of a life, even when I summon gratitude for the my blessings. I could easily play the “someone has it worse” game, but that does nothing to actually help. It just gives me one more thing to feel guilty about and anger at my friends whose problems aren’t as “bad” as mine. Does that scale even mean anything? Some days I’d take being a war zone or in abject poverty. I might be lucky enough to have the choice to die taken from my hands. Those thoughts mean the depression is winning, and my fight continues.

Saying the conference broke me is an exaggeration. The elusive balance of neither under- nor overdoing may not exist, but living means I keep looking anyway. Just don’t try to placate me with false assurances I’m going find it. 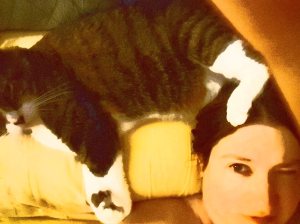