I mentioned yesterday that I was diagnosed with carcinoid stomach cancer last May. I had surgery in June to remove the tumor. Since then I’ve been trying to get my GI system straightened out. It’s getting there.

Mostly it doesn’t seem real that I had cancer. It was found at stage one because I had an endoscopy to follow up on my long-standing GERD issues. It was surgically removed. No chemo, radiation, or immunotherapy. I had an all clear biospy in December.

I started attending some classes at my local Cancer Support Community location, which help my back issues more than anything. The woman who led my orientation said she also had an “easy cancer,” a bit of an oxymoron but by comparison true. She just had surgery too. No recurrences. Fingers crossed I don’t have a recurrence either. I will get an endoscopy yearly for the foreseeable future. Maybe the rest of my life.

Fun fact: taking PPI medications has been correlated with developing carcinoid tumors. I tried to get off them but couldn’t manage the acid reflux without them (I have a muscle issue that currently can’t be fixed), and acid reflux is a worse problem than the minuscule odds of a recurrence of a carcinoid tumor.

Eighteen years ago, my mom had renal cell carcinoma, diagnosed about 64,000 times a year. It was found early but, in removing the tumor, she did lose one of her kidneys. Just over a month ago, she found out she has a seven centimeter tumor in her pancreas. Subsequent tests later showed it was a recurrence of renal cell carcinoma and she also had tumors in her liver, along her spine, into her superior mesenteric artery, and on her thyroid. Clearly stage four. She starts chemo next week. I wrote a post about my thoughts shortly after she was diagnosed with the original tumor. Her prognosis is six months, or if she’s lucky, the meds will work and she’ll have however long the meds keep working and her body can tolerate them. 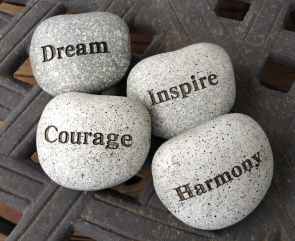 I will be attending a GI Cancer Survivorship Conference next weekend. Given my social anxiety, we’ll see if I connect with anyone. If nothing else, it will be educational. The treatments for cancer have advanced so much in the last twenty years, even the last five. Who knows what is on the horizon for the millions affected by this disease and so many others?

What I do know is there are no easy answers for the toughest questions. Still, I believe life is beauty, life is suffering, and the two aren’t mutually exclusive.